Skip to content
This post may contain Amazon affiliate links and as an Amazon Associate I earn from qualifying purchases.

The history and future of the western states is inextricably tied to water supplies. In Nevada, an official has stated that critical mass has been reached as legal battles continue over the proposed pipeline that would supply Las Vegas.

You only have to take a quick look at the data to see how Nevada is one of the fastest-growing states in the U.S. Due to the scenery, lifestyle, warm temps, and affordable prices, Nevada is a go-to spot for all kinds of folks including young families, singles starting out, and retirees. Many come from neighboring California, a state burdened by home prices that are out of reach for many, as well as congestion, long commutes, and ongoing devastation from wildfires.

With all of the population influx, Nevada faces water supply problems that it has yet to solve. A pipeline proposal is tied up in legal battles due to opposition from groups such as the Church of Jesus Christ of Latter-day Saints, ranchers, tribes, and environmentalists. The pipeline would run through eastern Nevada, bringing water to Las Vegas.

Nevada Department of Conservation and Natural Resources director Brad Crowell said that the state has already reached critical mass, according to a U.S. News.com article.

Other states in the west face similar issues. You can click here for a map that shows that New Mexico, California, and Colorado are also facing the same crisis. Nebraska also makes the list. This assessment was done by World Resources Institute (WRI).

Get your Water Quality FREE Guide 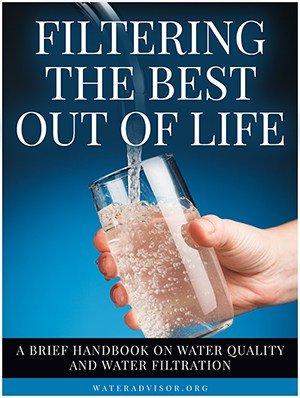 We will never send you spam. By signing up for this you agree with our privacy policy and to receive regular updates via email in regards to industry news and promotions